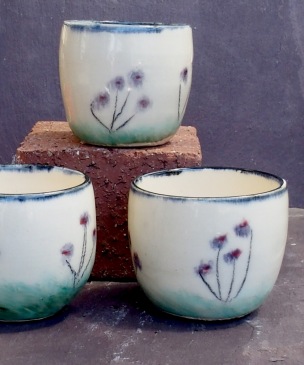 A regular end of year ritual of mine is to flick through my diary and remind myself what it is I did for the year, before writing  the new dates and appointments into the next diary.

Yes am still using a physical paper diary. I see the benefit of the digital diary but I am attached to the physical page turning, the hand scrolled entries and maybe even the regular panic about having lost it for a few days! 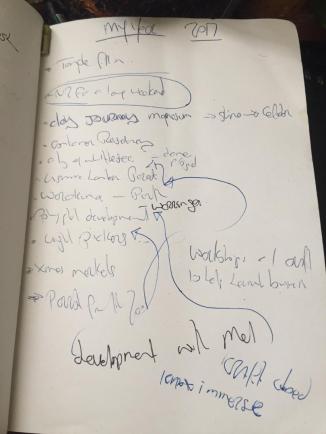 What I did in 2017…
I continued my causal/part time work at the City of Whittlesea as an Arts Project Coordinator. This year we invited the schools to create art work for the Community Festival around the idea of Weaving Community. The response was fantastic… 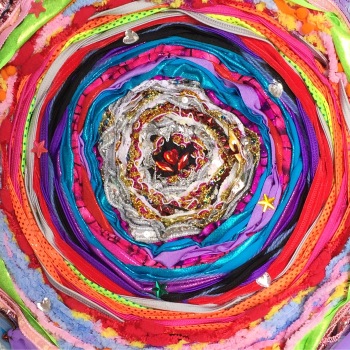 After Community Festival we rolled into Knowing You Knowing Me, a community dance project partnered between Ausdance Victoria and The City Of Whittlesea, funded by Creative Victoria.
This is an 18-month project where we are connecting community in the growth suburbs within the City of Whittlesea, through dance workshops and community events. It’s slowly gaining momentum and is already having exciting results. This will continue into 2018 and finish with the Inaugural Annual Dance Affair coming to town…very exciting. My role is project manger/coordinator.

I continued my relationship with Polyglot Theatre this year: starting with being called in to replace an injured performer at the art centre in Tangle in January, and ending with two creative developments. In Our Hands is a collaboration between the Tjpani Desert Weavers, Form (WA), and Polyglot Theatre. I was invited into the second stage of a three-stage development, traveling to the weavers’ home in Warakuna where we spent two weeks with them, camping , weaving, drinking tea, sharing culture. This was the most incredible experience that I can’t to justice to in this quick summary. Then in November, we all went to Perth and completed the development with a showing in the Goods Shed Gallery. What we have created together is an interactive play space built around and with the weavers…. hopefully in 2018 we will be able to reveal the work!

The other development is a part of the generators project that Artistic Director Sue Giles has launched, where Polyglot supports, nurtures, helps to develop work by its core artists. Mischa Long had imagined a magical work called Light Pickers, a light and sound installation for under-5s. It’s very beautiful and once again an honour to be a part of the development…

And finally with Polyglot, I returned to Warringa Park Primary to create with the students, alongside Mischa Long and Ash Hughes, a tunnel and installation of vines and cocoons. Four weeks of crazy fun! We went back in December to install the work outside for their end of year concert and the fabulous Steph Ohara added a soundscape, also created with the students.

As well as these regular employments…
I was commissioned to created an endangered species lantern for the Werribee Open Range  Zoo’s Wild Nights in Winter… this year the Orange-Bellied Parrot. 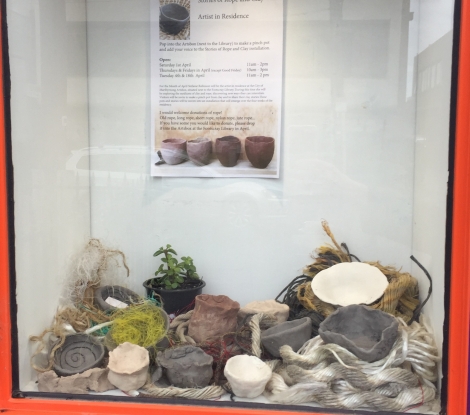 I hung nests in the Windows of Lupino Bar and Restaurant for the Craft Cubed Window Walk, and in the Civic Building at Knox City Council for their Immerse Festival.

I spent April in a shipping container in Footscray as apart of the Artbox residency, developing the Stories of Clay and Rope and inviting community to drop in and make their own nests.

And I returned to Lismore in June to mange the Lismore Lantern Parade, which this year felt all the more important after the massive flooding events in March which saw three metres of water pour into the CBD. Watch it here!

Throughout 2017 I continued my clay journey, developing glazes with Neville French at SoCa…That has been very exciting. I love the work that I have been making.

I  started with magnesium glazes and developing a colour palette, shifted to shino glazes then we finished the year with celadon glazes, which I love. 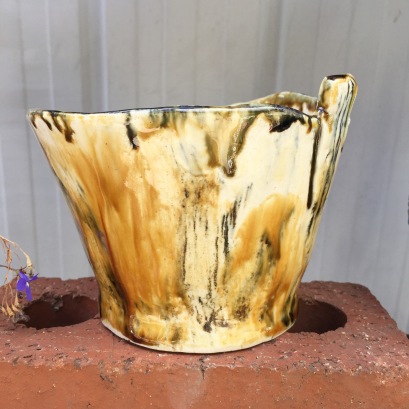 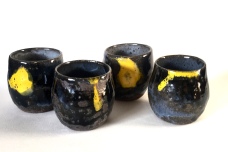 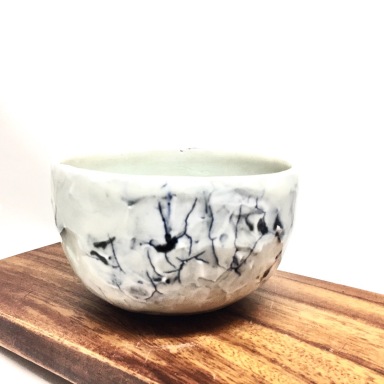 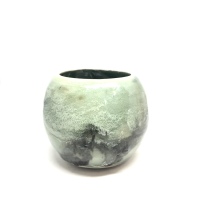 I finished the year taking my ceramics to a few Christmas markets, which was a great experience and very successful. All of which is very inspiring for continuing into the new year…. 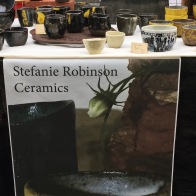 I was asked to Work with Mel Smith as a visual designer on her solo show Spas Motive, with the provocation of working with her to include her artwork into the dance work she is making. This will have a development showing in February and it’s my first task for the new year…

A selection of new yellow and stormy celadon vessels will be available at the Blender Artists Marketin The District, Dockland Drive, Docklands in Melbourne on Friday nights in December 5pm – 9pm.